One of the projects we have been working on is to take the MAUDE data from the FDA and clean it up.  We linked this data to the device registrations and created our own database of parent companies.  We looked at what the top MDR submitters were between 2010 and 2019 and some of the numbers were surprising.  For example, the rise of new technologies has brought previously unknown companies into top MDR generators.  This is typically not a sign of issues but of rising sales and product distribution.  Also, one thing is for sure, Medtronic is the largest Medical Device Company in the world and the numbers below make it abundantly clear. 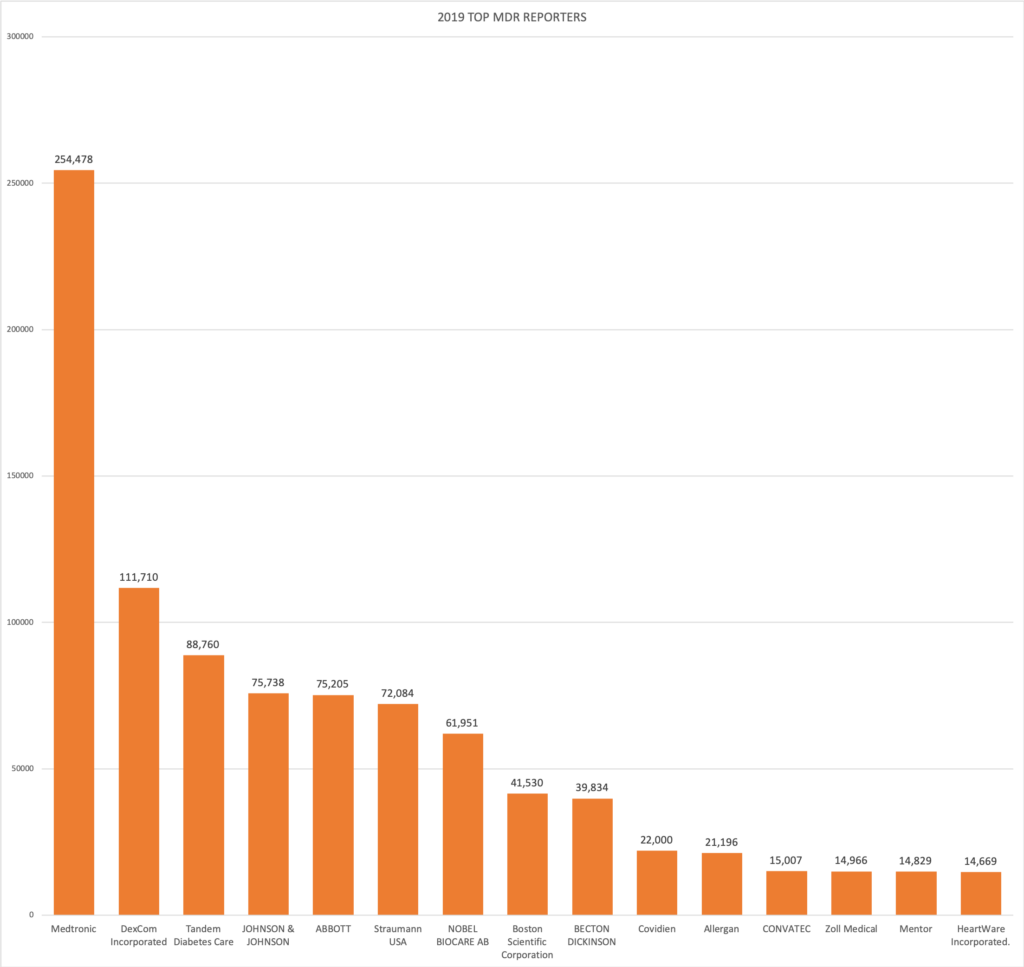 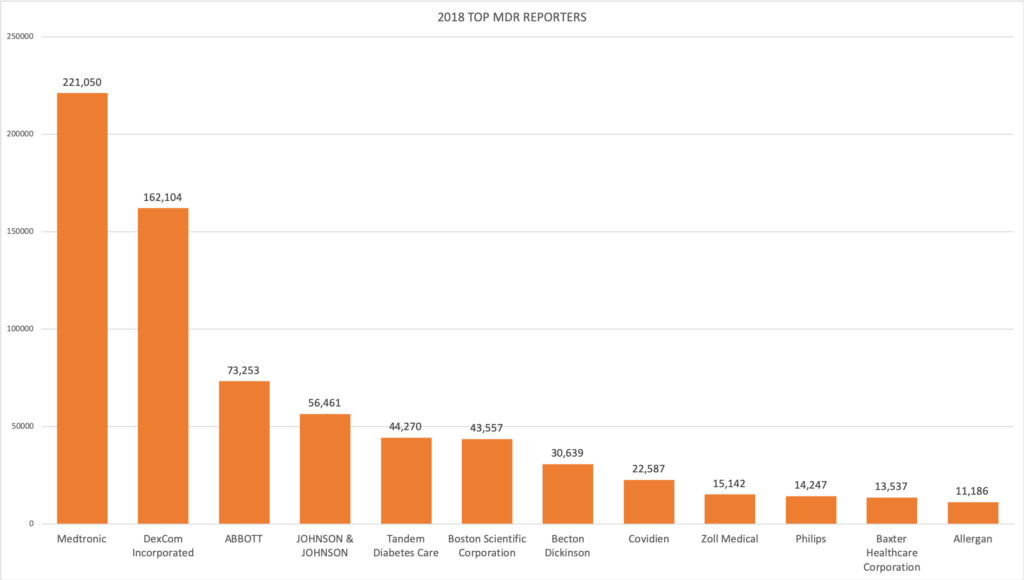 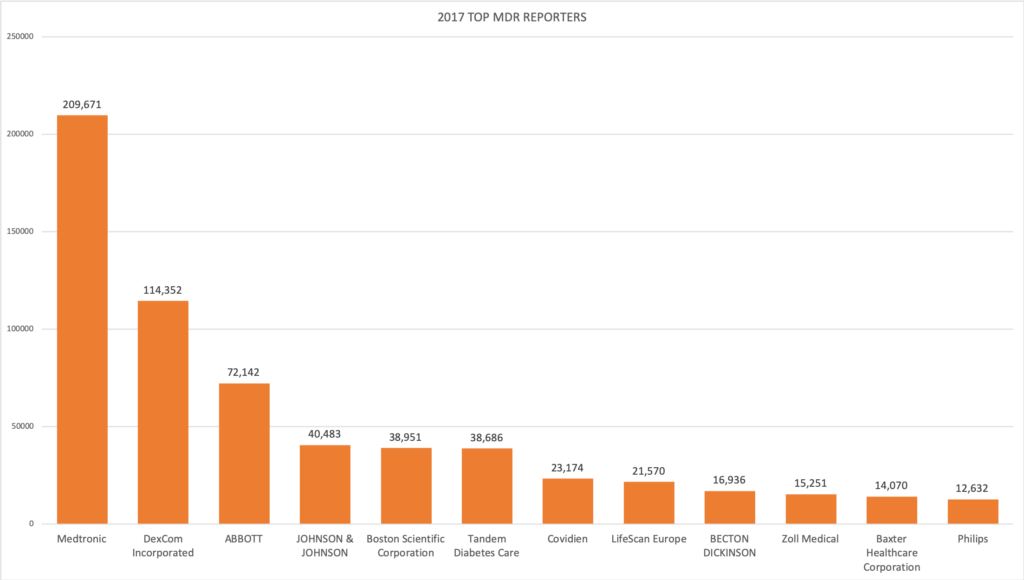 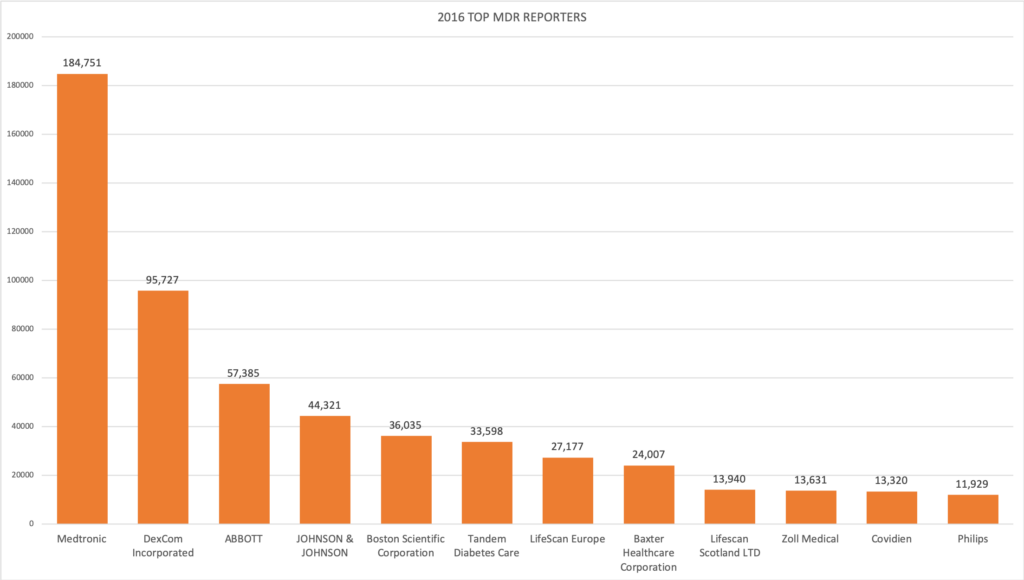 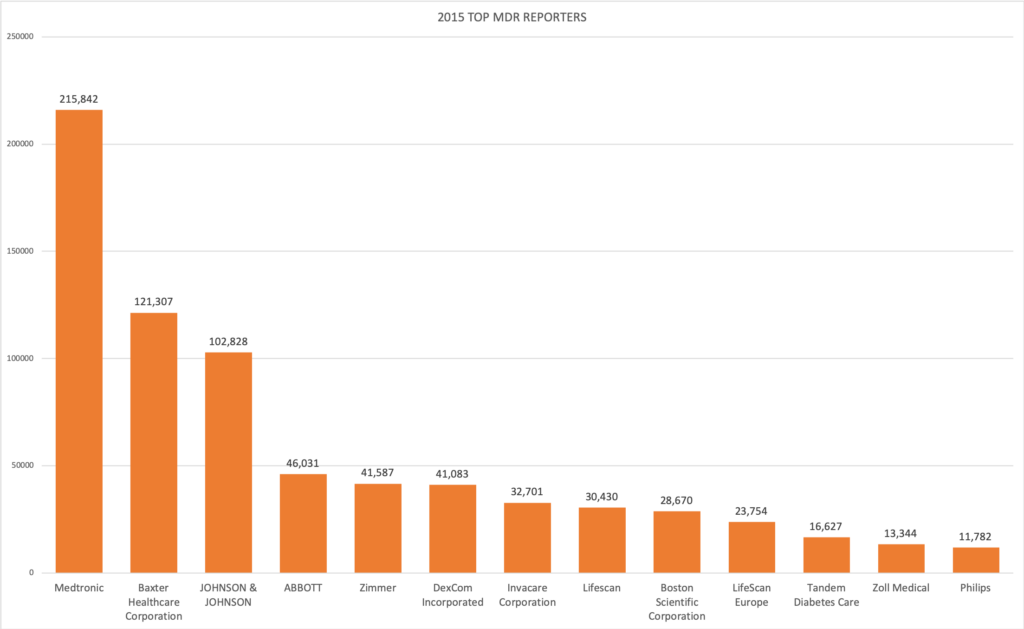 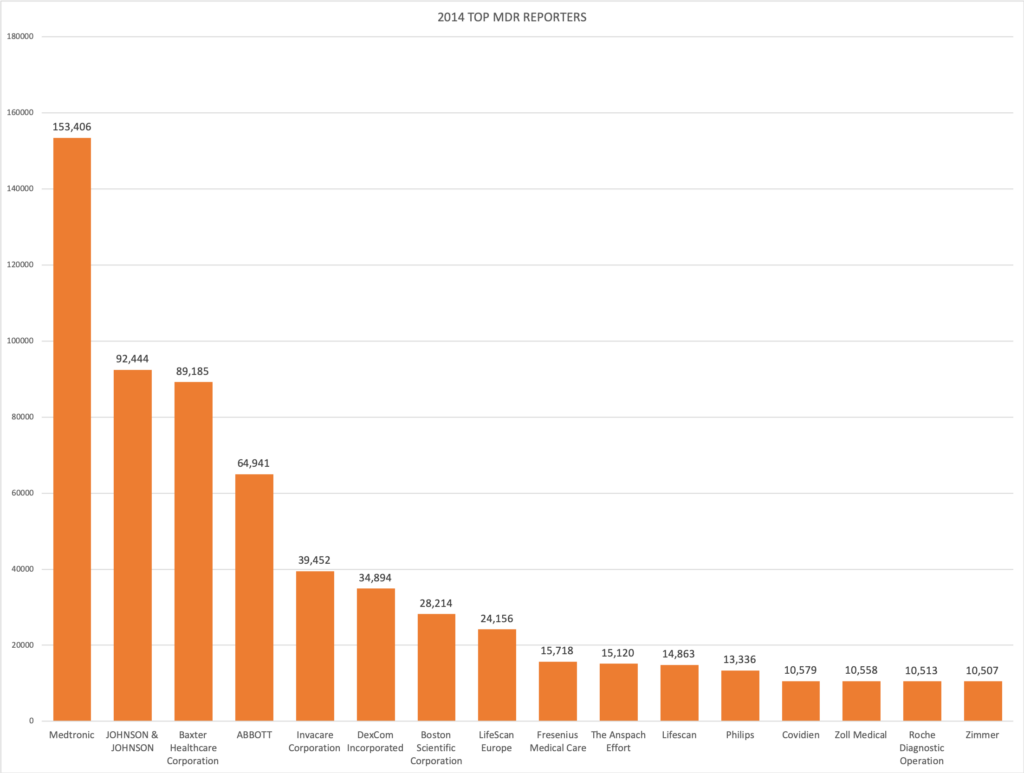